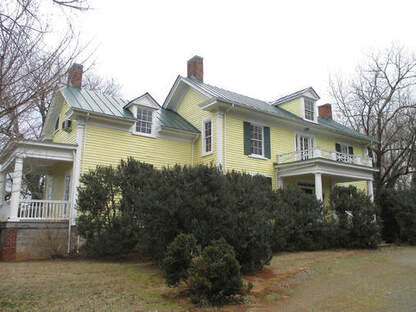 From good intentions
In 1867 the Trustees of Orange Presbytertan Church  purchased 10 acres of land from Thomas Scott. OPC intended to build a manse on the property for their new pastor. But immediately after the end of the Civil War, and the collapse of Confederate currency, money was tight.  The church was unable to proceed further.

When Rev. Isaac W. K. Handy arrived in 1868, he took over the project. He financed it by selling farmland he owned in Missouri, plus funds Handy had raised “in the North and in Richmond,” according to his personal papers. Handy purchased new land for the manse, plus two adjoining parcels. One of those was the Scott acreage owned by the church. 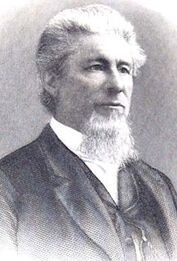 Rev. Isaac W. K. Handy
Phase one, 1868-1870 - Greek revival
The Old Manse was larger than most homes in Orange at the time, but not ostentatious. It was built with some Greek revival details. And it had one unusual feature --  a transverse stairwell. It was one of the few in the area. Original to the Old Manse is a meat house, a spring-fed well, and a gas house. The latter was used to supply gas for lighting in the manse.

Handy lived in the Old Manse with his wife, Rebecca, two sons and two daughters until 1870, when he accepted a call from the Old Stone Church in Augusta County. In addition to serving OPC, Rev. Handy also wrote and published two books while living in the Old Manse.

And he was not its last noteworthy resident.

The Old Manse, from a 1914 postcard.
Phase two, 1910-1947 - Colonial revival
In 1910 the Old Manse was purchase by George Landon Browning, who lived there until his death in 1947. Browning was a Virginia Supreme Court of Appeals Justice, and the center of Orange society. Browning expanded the home with a kitchen and dining room, and added Colonial Revival architectural details.