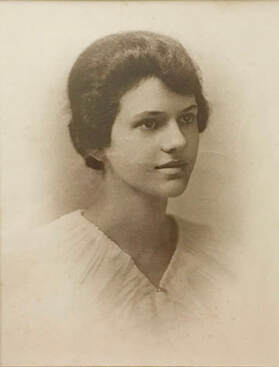 An avid gardener, she was active in the Dolley Madison Garden Club, and painted several watercolors of the club's daffodil collections. She co-founded the Orange Garden Club in the 1950s.

Women's Auxiliary to the rescue
The OPC Women's Auxiliary did more than just provide refreshments and flower arrangements! The minutes of the Auxiliary read: "...it was decided to donate 50% of all money raised, outside of Budget pledges, toward the Building Fund."  (The building being the new Sunday School Building added to the rear of the church.) 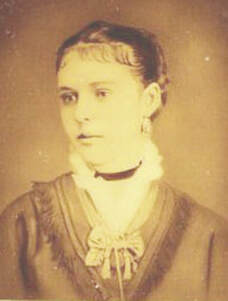 Lelia Johnson Sanford, president of the OPC Women's Auxiliary.
1930
The OPC Women’s Auxiliary March, 1930 minutes had this entry:
- The Girls’ Circle asked to take over beautifying of the church grounds and were granted permission with the greatest of pleasure.

Raising funds with food
The May meeting was held at Woodley, the home of the president, Mrs. W. W. Sanford (Lelia Johnson Sanford). Twenty-two members attended. The Auxiliary held a Fireman’s Supper on May 6. At the meeting, they reported a  profit of $63.00 (the equivalent of $954 in 2021 dollars).

In October, the Auxiliary’s monthly meeting was at Berry Hill, the home of Mrs. Evelyn Johnson Williams. It was suggested they serve lunch at the Poultry Show in Orange in December. 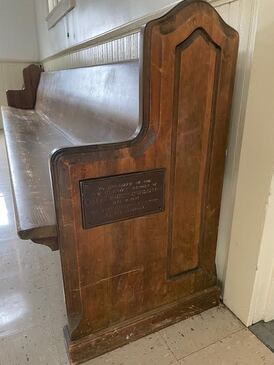 At the OPC Womens’ Auxiliary January meeting, there was a motion to give $100 on a note due on the church debt. Mrs. H. E. Grasty was authorized to write the check, the equivalent of about $1,730 in 2021 dollars.

For the relief of lepers
In February, Mrs. Wambersie read a paper on lepers.  It must have made an impression.  The minutes in October read:  “A motion was carried to the effect every member’s failure to notify the hostess of her absence before the meeting would be fined with this being used for the lepers.”

Mrs. Chester C. Hazard became a member of the Auxiliary in October. 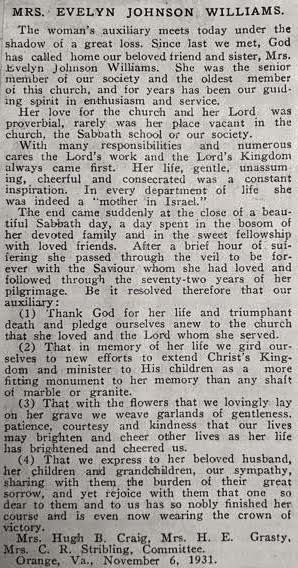 In November, it was voted to adopt an orphan in Lynchburg and that the Auxiliary would send the amount of her support quarterly.

Mrs. Evelyn Johnson Williams of Berry Hill passed away November 1st.  Mrs. Stribling read the resolutions of respect, which were published in the local newspaper.
"[Evelyn Johnson Williams] was the senior member of our society and the oldest member of this church, and for years has been our guiding spirit in enthusiasm and service.
Her love for the church and her Lord was proverbial, rarely was her place vacant in the church, the Sabbath school, or our society."

Employees of the American Silk Mill, Inc., ca. 1930. Note how young many of the entry-level workers are.
1932
Continuing the work of the church
Orange, Virginia, like the rest of the country, was feeling the effects of the Great Depression. But the Women’s Auxiliary was not slowing down. They had made it their mission to financially support their church however they could.

And they did so quite creatively. That year the Methodist Ladies asked to use the OPC dining room and kitchen, and the Auxiliary received a payment of $5.00. The yearly rummage sales continued, the women served meals at other churches, garden clubs and to the Rotarians. They held lawn parties, donated their egg money, made and sold Christmas cards and sold their handwork. In March, the Auxiliary gave $50 toward the church debt ($959 in 2021 dollars!).

In June, repairs on the Manse began and the Auxiliary discussed ways to raise the necessary money. At their August meeting, it was voted that each member pledge and donate up to $1.00 to be paid toward this expense.

In November, Mrs. Rawlings, chairman of the Sunshine Band, donated $50.00 made by the “little band” to the Auxiliary Fund and asked it be applied to the Building Fund.

At the same time, the Auxiliary continued their work in the community, essential during the Depression. There was always White Cross work making compresses and bandages.

At the June meeting, Mrs. Hazzard brought to the attention of the Auxiliary the responsibility of the Church to the employees of the Silk Mill. American Silk Mills, Inc. was established in 1929 and was one of the town's biggest employers. Mrs. Hazzard and Miss Elma Williams were appointed to confer with other churches and organizations in Orange and try to work out some plan by which the girls and boys working in the mill could be helped.